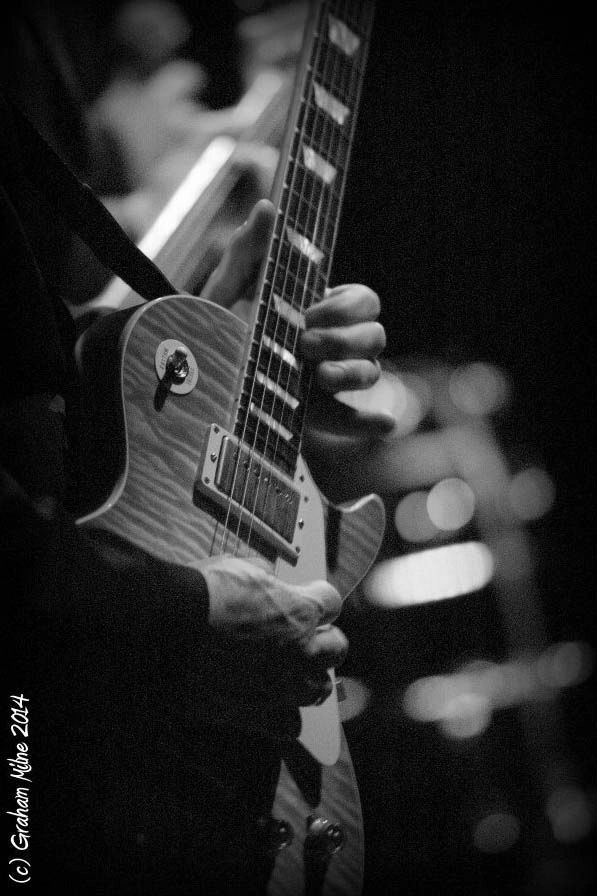 This is the first track off our new E.P. which will be available soon!

Following the break-up of the Tearjerkers, he relocated to London where he played guitar with Jimmy Bain (Rainbow/Wild Horses/Dio) on demo’s for the band that would eventually become Rogue Male which Jimmy produced and can be heard playing bass on the track, "Rough, Tough and Pretty Too".

Upon returning to Ireland, he recorded all the guitars on Deidre Cunningham's album "Sunny Days" and returned to the U.S. to play a one-off gig in Nashville with "Handsome" Mick Rowe's band, "Nineteen88" before returning to the UK where he joined Brian Connolly in "Sweet" for a UK tour.

He co-wrote the track, "Do Right Man", that appears on the "Jock's Juke Joint - Volume II" CD and  formed the Brian Rawson Band, who have gigged constantly and performed in major blues festivals throughout the UK.

The band is currently working  on a new E.P. with Stewart Robertson in Green Room Studios in Glasgow and have released the first track, "Your heart's not your own".

Darran first started singing in the mid 90’s whilst in the Royal Navy, and played various camps and variety shows with the band, Davy Jones Quest.

Due to work commitments abroad, he put his singing career on hold but, upon relocating to the UK (Scotland) he was invited to audition for Glasgow band, Black Friday, and rehearsed with them for a year. The band was scheduled to play a number of shows but they were cancelled due to the pandemic and the band disbanded as a result.

Since the lockdown restrictions lifted, he has been involved with several projects but joined the Brian Rawson Band having worked with Brian previously in Black Friday.

Doug has been playing bass for thirty-six years in a variety of bands ranging from rock and metal to ska and funk. Influenced from an early age by Alice Cooper, Motley Crue, Kiss, T Rex, and The Ramones, he was inspired to take up the bass after seeing Steve Harris playing with Iron Maiden.

For the last twenty-two years, he has been the bass player and main song writer for Scottish band, Sinister Flynn releasing three albums on their own label:

Pete ’s love of drums started after hearing Deep Purple’s Ian Paice on the album, "Made in Japan" and played his first gig covering (of course)  Deep Purple songs at age 16.

He has played in a number of bands over the years incorporating funk, rock, folk, Ska, Indie and blues and has played with  folk outfit, Company Policy, Coldshot , Indie band The Trash Can Sinatras in their early period, and ska-rock outfit Sinister Flynn.

He currently plays with the Brian Rawson band as well as with Indie Rock band, The Tino Band.  He plays a vintage (1970’s) Gretsch drum kit with Paiste Signature cymbals.

Keep an eye on this page as we'll be keeping you up to date as more gigs come in and when the E.P. is available.

A selection of photo's taken over the years with more to come.

For bookings and other information, hit that button.

Stay up-to-date with all news and gigs by subscribing to our newsletter.